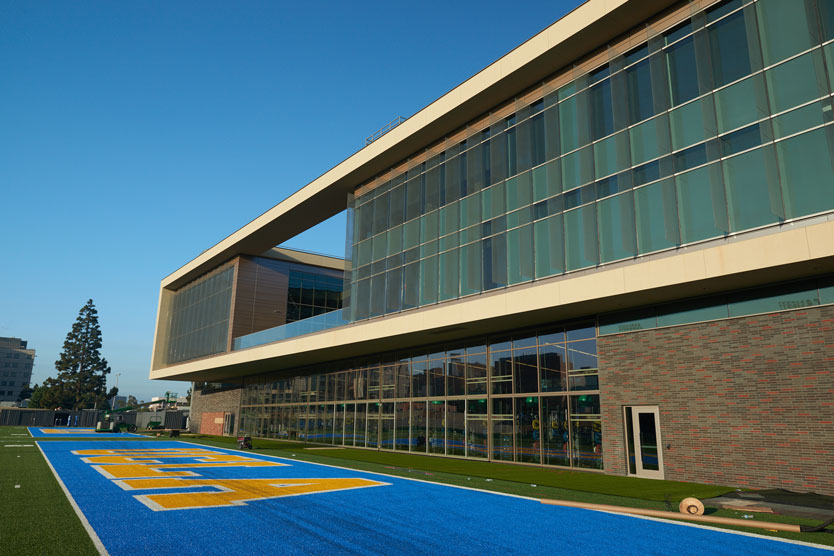 From Olympic champions to prospective professionals, UCLA student-athletes make their marks on and in their fields. But these Bruins are not just sports stars; they come to campus also committed to scholastic excellence and service. UCLA empowers them to realize their athletic, academic, and altruistic potential so they can achieve across the board.

It’s fitting, then, that a summer ribbon-cutting ceremony not only unveiled the state-of-the-art Wasserman Football Center but also showcased the commitment of UCLA — and its generous friends — to a transformative student experience.

“Athletics is underestimated as a way to change people’s lives,” says Casey Wasserman ’96, president and CEO of lead donor Wasserman Foundation. “To be able to bring young student-athletes to this university, expose them to this university through their skill and their passion … their success in life will not necessarily come from being athletes; it will come from being Bruins.”

A Facility at the Forefront

The 75,000 square feet also accommodate a players’ locker room, defensive and offensive meeting rooms, video and treatment rooms, hydrotherapy pools, a nutrition center, and other first-rate spaces for student-athletes and coaches, alongside new turf on neighboring Spaulding Field. And these resources will go far beyond football: “This building is really a life center for these young men,” says Head Coach Jim Mora.

Looking Ahead to Success

UCLA’s student-athletes will get another assist when the Mo Ostin Basketball Center opens in October. Until then, football season has kicked off, and Bruins have the backing, as Mora says, “to be successful, not only on the field but in the classroom and in life.” 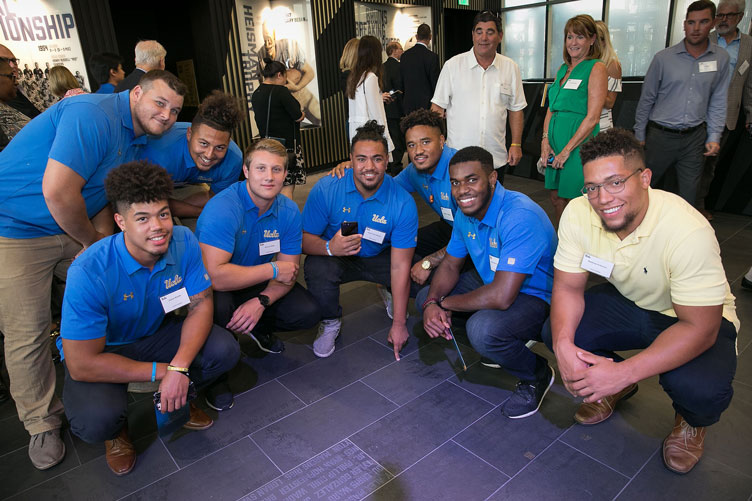 Football players kneel around their names listed on floor tiles as event attendees look on. 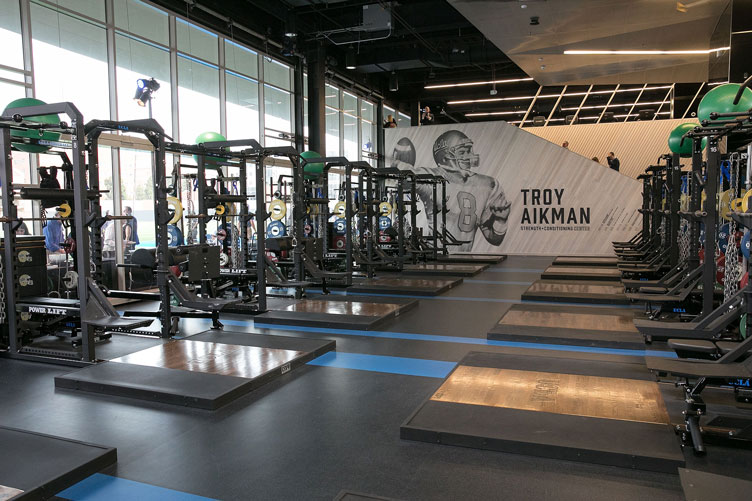 Fitness equipment in the Troy Aikman Strength and Conditioning Center