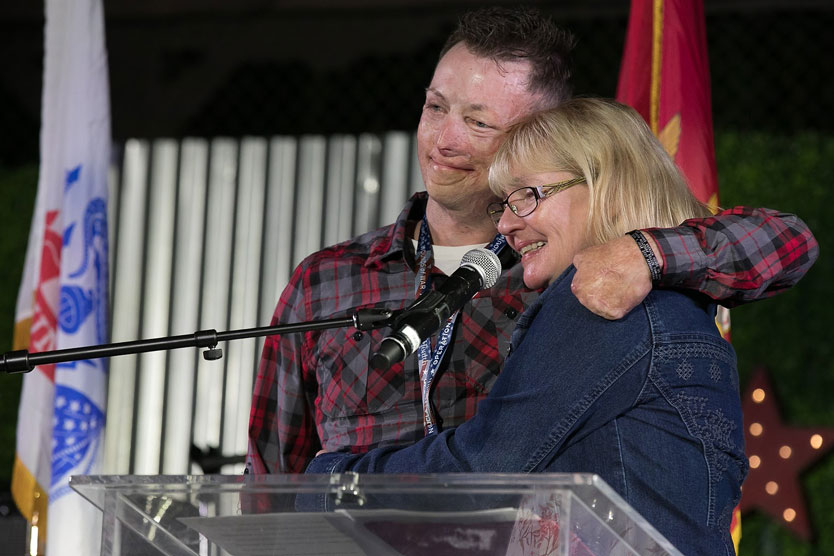 Some anniversary celebrations are more special than others. Saluting ten years of UCLA Health’s Operation Mend with patients, family members, and members of the military, while raising $1.1 million to benefit the program ranks among the most special.

A Red, White, and Denim-themed gala was held September 24 at the Holmby Hills home of Operation Mend founder, philanthropist Ronald Katz. Nearly 600 guests, including 58 veterans who have been treated through the program, attended. With their surgeons and other health care providers by their sides, ten patients — one for each year of the program — spoke movingly about how Operation Mend has provided them with health, healing, and hope.

“After years of chronic debilitating pain and another five years on opioids, I was losing hope and quickly coming closer to being one of the 22 veterans a day we lose to suicide,” said U.S. Army Sergeant Karolyn Smith, who was injured in Iraq in 2005 when an improvised explosive device struck her truck. “In 2015, I found Operation Mend, and, not only did they save my life, but they showed me what real care actually looks like.”

Rock legend Billy Idol and the Operation Mend All Star Band provided the evening’s entertainment. Willie Geist, host of NBC’s Sunday TODAY and co-host of MSNBC’s Morning Joe, emceed the event, and Fritz Coleman of KNBC-TV led the live auction. At the beginning of the program, a military color guard placed flags in a position of honor on the stage, removing them at the conclusion of events.

Operation Mend provides advanced medical treatment, comprehensive psychological support, and an intensive treatment program for post-traumatic stress and traumatic brain injury for post-9/11-era service members, veterans, and their families. It also offers advanced diagnostics and treatment planning for patients with symptoms of mild traumatic brain injury and PTSD through the Warrior Care Network, a collaboration among Wounded Warrior Project, UCLA, and three academic medical centers. All medical care, travel, and accommodations are provided at no cost to participants and their families. Operation Mend is entirely donor funded. 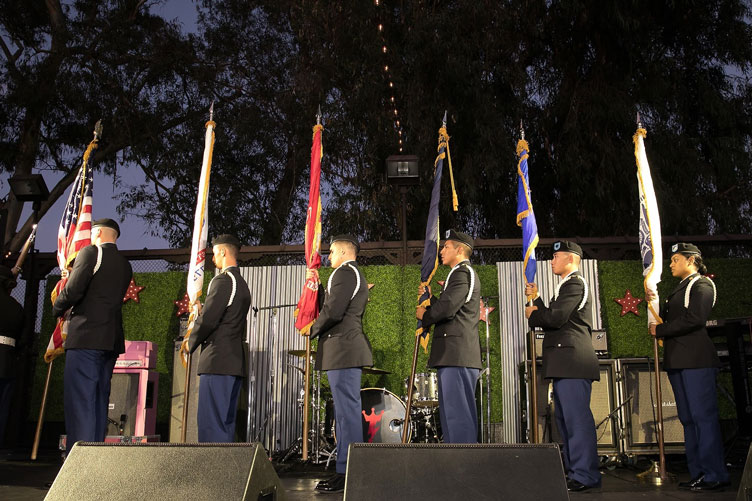 A military color guard honors veterans who have received treatment through Operation Mend. 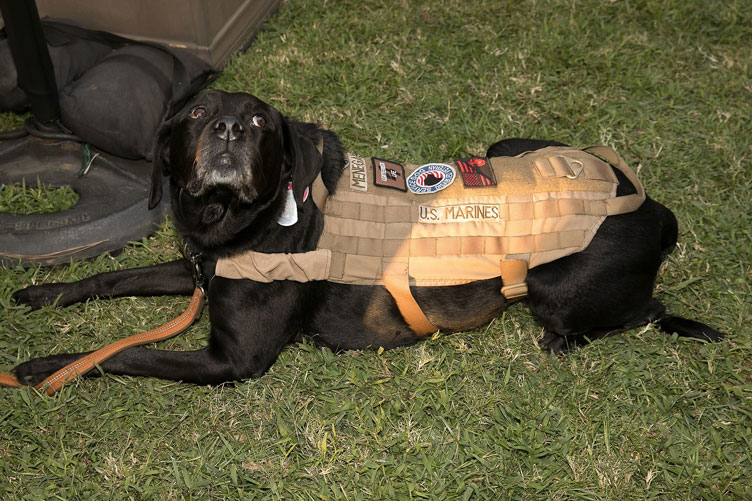 A military dog in a U.S. Marines vest 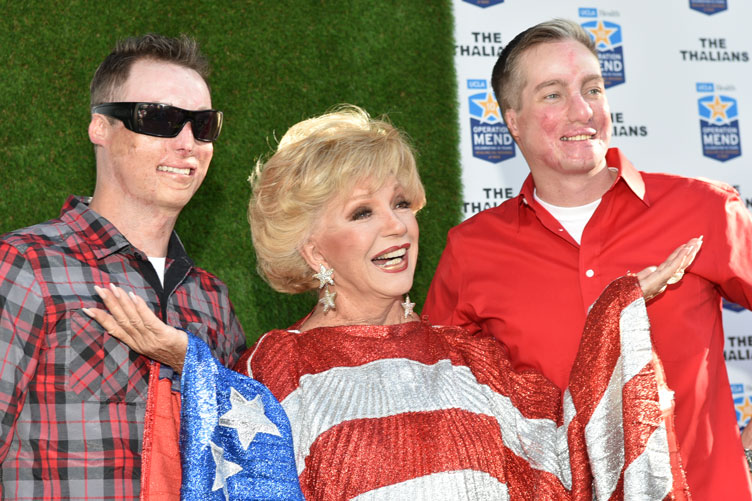